Things you should know going into VoA:

The entry point to Veil of Alaris is Argath. There is a blimp in Steamfont Mountains that gives rides to Argath, a video of this blimp ride can be found Here. We have also prepared a video overview of the Argath zone, which shows the location of the Rank 1 spell vendors, the armor materials vendors, the main quest and raid giver, and the zone lines found in Argath. This video can be found Here.

Veil of Alaris is different from the past few expansions, in that there is no group flagging. All static zones are open to everyone on day 1, you do not need to complete group missions in order to enter the end game zones. The flipside to this, however, is that your new AA's and Rank 2 spells are locked behind a language skill. The inhabitants of Alaris speak an unknown language to us, called Alaran. In order to understand what the NPC's are saying, you must learn this language.

If you completed the original Pre-Launch missions and received An Ancient Text, then you get a headstart on this language. Language skill is obtained by completing quests and missions. You can find more information on gaining skill, along with skill requirements Here. 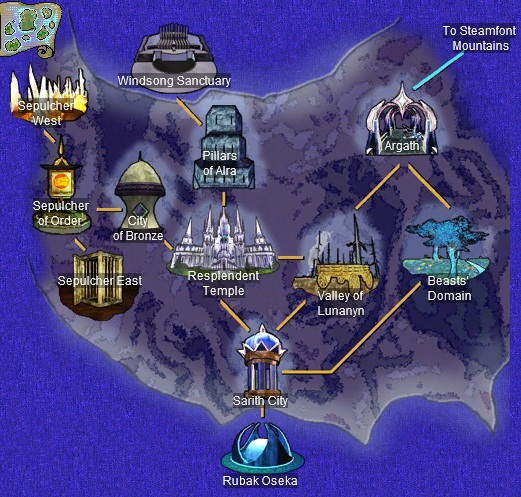