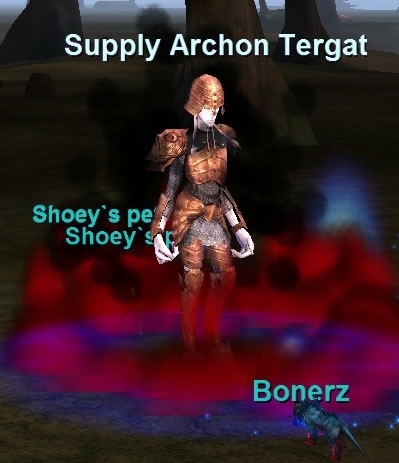 After camping the "an Arcon" tent for several sittings and no luck; I began to investigate possibilities. All the rectangular tents have an ordinary mob (soldier, ranger, trooper, impaler) in a corner of each of them. After four rounds of spawns Tergat did indeed spawn in the Orator tent LOC -1272, 450, -46. Cross-referencing previous kill maps from Magelo helped to confirm and give weight to my hypothesis:  Tergat has been killed in each rectangular tent at his spawn point, as well as other places he was obviously pulled and killed.  He does a kinda knockback, so being in the tent actually helps you from being thrown into possible adds.  Perhaps he can spawn in any tent; although I've seen Feht in the small tents.... On to the next zone!

Also, a peculiar thing to note: Tergat's drops are ATTUNEABLE; only the northern Valley names dropped attunable items, yet Tergat is about as far South as one can get! 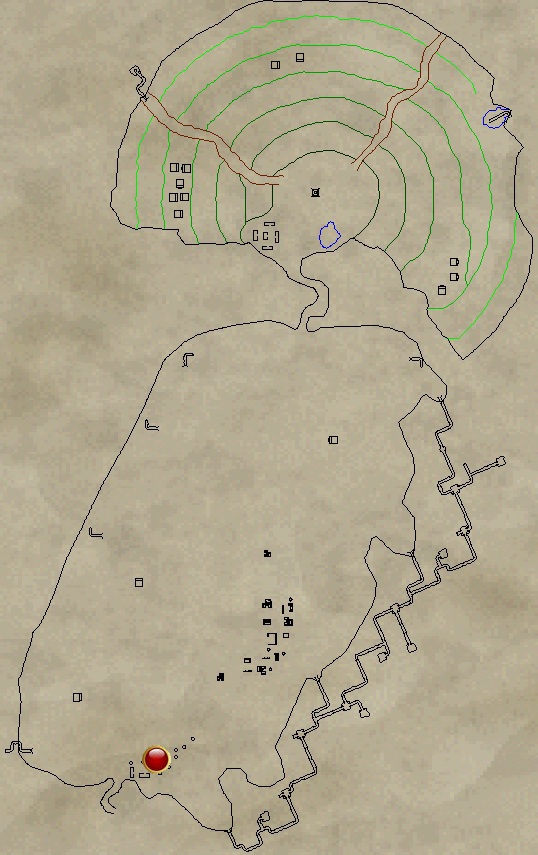